To Demo Day… and Beyond! 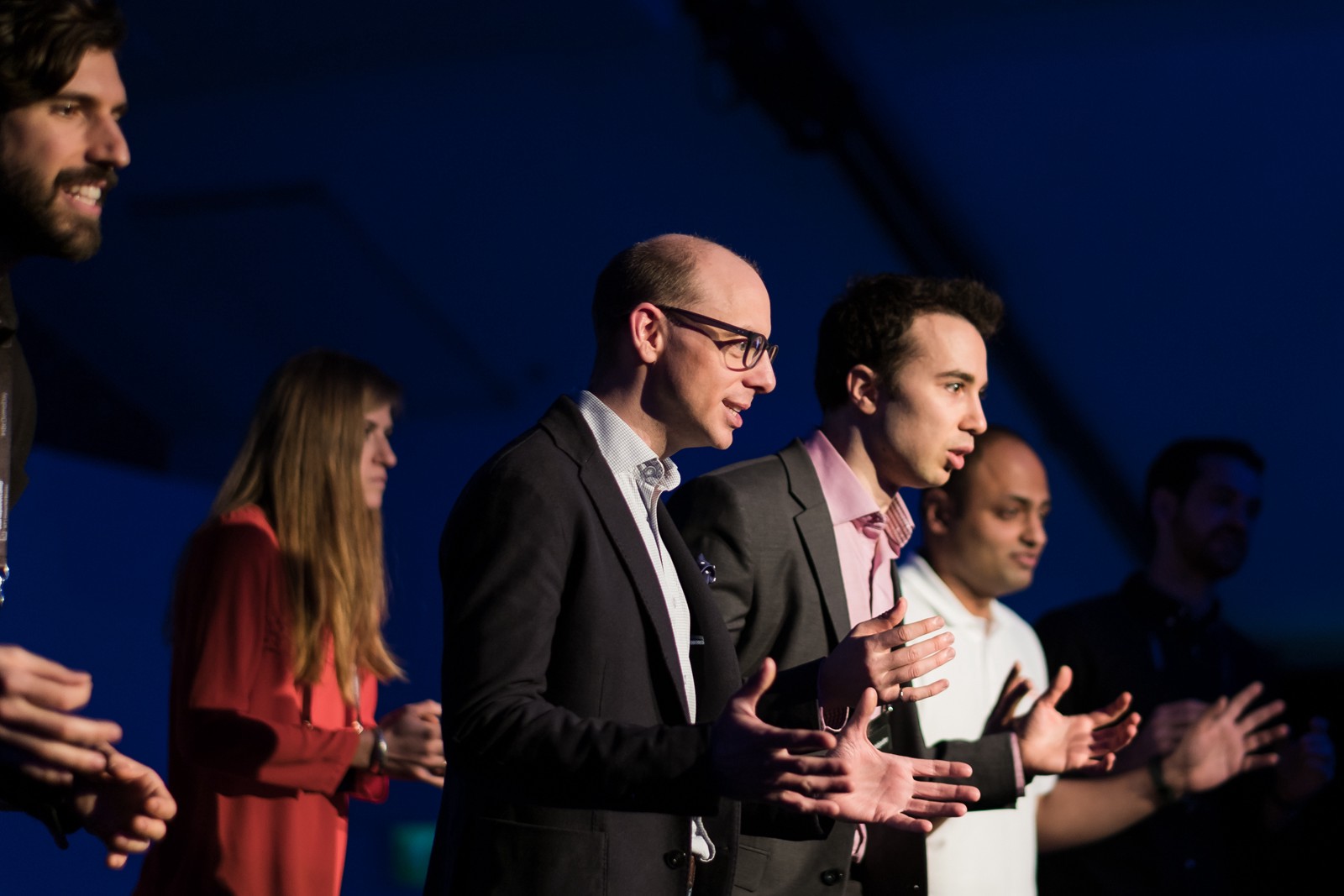 A quick recap of the past 12 months for Doordeck: along with 424 other companies, we submitted an application to be part of the Startupbootcamp IoT | Connected Devices accelerator in early 2016, and were thrilled to be selected as one of 20 companies invited to speak to mentors and pitch our products at the three-day selection workshop in July. One triumphant pitch later, we were officially part of the cohort, and have spent the last three months strategising, seeking investment and refining the product, alongside eight other startups. But now the three month accelerator’s at an end, and on Wednesday 25th January we reached the culmination of our accelerator experience: the Startupbootcamp IoT | Connected Device Demo Day!

The atmosphere was electric as 300 partners, investors and mentors gathered at Oval Space in east London to watch pitches from the nine startups in the cohort. After showing our product video (see below) and a generous introduction from Russell Buckley of Kindred Capital, praising the innovative nature of our product and the dedication of the whole Doordeck team, William took to the stage and gave a rousing, passionate and persuasive presentation to great applause. As ever, he smashed it out of the park and we couldn’t have been prouder, and we’re pleased to report that we’ve already received investor interest as a result of the pitch.

Co-founders William Bainborough and Michael Barnwell offer their perspectives on the demo day experience and their plans beyond:

How did you feel ahead of demo day?

Michael: I didn’t tell him, but I was quite nervous for Will before the pitch! But it was also a very encouraging experience, the atmosphere during everyone’s pitches was amazing and it was great to be part of it.

William: Actually I wasn’t nervous myself, I was quite calm beforehand. These situations make me quite focused, and that’s when I go very quiet — I think that’s why Michael thought I was nervous!

Were you worried about anything in particular beforehand?

W: My main concern was missing out parts of the pitch, but my coach, Ginny Bown from Amplify, suggested I stop focusing on the specific details of the script and concentrate on the general points I knew I had to make. I think that helped a lot.

M: We had very positive feedback on the pitch afterwards…

W: We were told it was the best presentation!

M: …and the whole team did marvellous work as well. They did a couple of product demos at our stall before the pitch and then a lot more once Will had been on stage.

What outcomes are you hoping for following demo day?

M: Sales leads, for a start.

M: It’s been great to hear from people who share our views and understand our vision for the access control market.

W: Yes, the feedback has been really good. People can see that this is the future for access control, and we’ve also heard from a lot of people who are excited that we’re tapping into the B2B market rather than the domestic market.

M: We’ve also heard back from some of the existing users, such as Rainmaking Loft, who are still very happy with how Doordeck’s working out for them.

Finally, given the incredibly productive year you’ve just had, what are your plans for Doordeck over the next 12 months?

W: The goal for 2017 is a minimum deployment of 2000 doors over the next 12 months. We’ve learned a lot from the pilots and are actively developing a multimedia smart reader which will be a real game changer for this industry. It gives visual feedback so it can display a keypad, greet you, tell you if you have home access, display building messages, even guide users to a fire exit when required. We’re very excited about it!

M: Of course, anyone interested in hearing more about this or installing Doordeck should get in touch via the usual channels — email at info@doordeck.com or call us on 0203 434 1020. We’re always happy to hear from you!

Thank you! Your submission has been received!
Oops! Something went wrong while submitting the form.